During my thinking time*, I struck upon this idea. What if I could send a one line message back to myself at any point in time. What exactly would it say? What would I change?

I’m not going to lie to you and say that I wouldn’t change a thing. I’ve got a few regrets.

It took me half a second to meander to the one choice that I felt was the most pivotal in the insanity that has plagued my adult life. Now, I can’t really send a message back to myself, but for a few minutes, I pretended that the option really existed. I ran the tape of my recent history back and found the point of most effect and in my mind, I delivered my letter to myself.

Now, I can only assume that I would take advice from myself, but let me amend that. I usually calculate in rough probabilities, not ones and zeros, so I see myself at that point in my life as 80% likely to take my own advice.  (Higher now than before.)

So, I ran the tape forward through about ten scenarious that would be the likely outcome. In five of them, I never took up writing, in two of them, I just lived a boring life…but I wasn’t driven insane! That has to count for something right?

I took those ten scenarious apart for the next ten minutes, breaking them down, looking at the effects on other people, what might…and probably would happen. How would I have handled this without that happening to me first? What would have become of so and so?

Of the scenarios that came of my message, the few hundred I came up with were overwhelmingly bad with a tendency toward worse. There were three scenarios that had a better outcome for myself  and others , but they depended on people making highly unlikely choices. That’s why there were only three of them.

Long story short, I’m glad I’m not God. He has so many tough choices to make, and even has to let us make our own choices because He has made the tough choice to do just that. (Calvinists will have to humor me.)

Maybe I should stop pitying myself and start pitying people who have made far worse choices than mine or just didn’t get much to begin with. I’d almost be tempted to pity God, but I don’t think He needs it. He can handle Himself and everything else, and He’s the only one who can/could/will be able to. 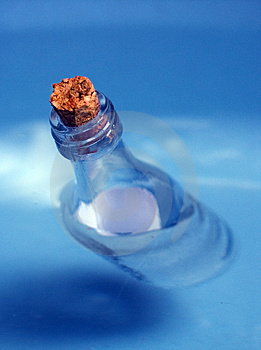 * Yes, I have a thinking time. You should too.